Renowned pianist and composer Burton Greene has been playing professionally since starting out in his hometown of Chicago in 1962. He was one of the first artists to record for ESP, the first record label devoted to avant garde jazz. With Alan Silva he formed the Free Form Improvisation Ensemble in 1963. He joined Bill Dixon's and Cecil Taylor's Jazz Composers Guild in 1964, and has played with a number of other artists including Rashied Ali, Albert Ayler, Gato Barbieri, Byard Lancaster, Sam Rivers, Patty Waters, Mark Dresser and Roy Campbell. Guillaume Gargaud is a French composer and guitarist who specializes in improvised music. He has appeared on 25 albums and composes music for contemporary dance and film. The duo is joined by flutist Tilo Baumheier on three tracks.

Rewiew for All About Jazz by Don Phipps.

Black holes are giant space predators—devouring light itself. Theory holds that, as one approaches a black hole's event horizon, time itself slows. So it is interesting that on their album Black Hole Universe, drummer Marc Edwards and guitarist Guillaume Gargaud have chosen to create five diverse yet similar spontaneous compositions which jettison time signatures and conventional rhythms to focus on a dark madness that evokes both the emptiness of space and the fluidity of existence itself.

In his essays, the "radical for his day" composer Charles Ives asked: "Whence cometh the wonder of the moment? From sources we know not. But we do know that from obscurity and from this higher Orpheus comes measures of sphere melodies, flowing in wild, native tones, ravaging the souls of men, flowing now with thousand-fold accompaniments and rich symphonies through all our hearts, modulating and divinely leading them."

Perhaps Edwards and Gargaud are expressing Ive's "wonder of the moment." But if this is so, then it is a moment in which no quarter will be given. Like being trapped in a falling elevator with no escape, this music induces sheer terrifying exhilaration. Demonic roller coaster? Coiled rattlesnake? Charging rhino? Or simply sonic experiments in space-time jazz?

Like the protagonist in Aronofsky's movie Pi, the listener is confronted with a musical enigma pointing to a future that is both alienating and terrifying. To some, this music might appear deceptively simple —musicians making noise. But given the technical virtuosity of the duo, nothing could be further from the truth. One can hear a mix of Jimi Hendrix meets Robert Fripp in Gargaud's efforts while Edwards sounds like Edwards—a drummer who exhibits a knack for musical nuance while employing preposterously powerful attacks.

For an introduction to the world created by the duo, one might start with "Electrical Acoustic Synapses." The piece begins with an Edwards hot all over drum solo, which flows out of him so naturally, it's as if body convulsions had turned into drum technique. Gargaud enters with long abstract chords and howling rips, supported by Edwards' powerful strokes. At a certain point, Edwards adopts a bumpy rhythm that hops and lands like some chasing space monster while Gargaud's frenzied playing makes the chase seem all too real. Eventually Gargaud's notes turns into one long extended howl—uniquely expressive—while Edwards rampages like a charging stampede of water buffalo. The piece ends on an extended guitar note.

On "Volcanic Eruptions On Lo," there's an engaging rawness between guitar and drums, even at such a high level of technical brilliance. Edwards' cymbal splashes and all over drumming provide a perfect foundation for the guitarist's blinding runs. The music suggests an angry ocean, with waves that dash and fall apart against rocks that tower to the sky. Towards the end, Gargaud produces an almost-violin sound with his guitar.

The relentless intensity continues on the title cut, "Black Hole Universe." Gargaud races like an extended sprint over a marathon's worth of music. The notes turn into a raging river—bucking across Class V rapids at accelerated speeds. Edwards drumming is always supportive of these efforts and occasionally rises to lead the charge. Only on "Supernova Aftermath" is there a break from the action. Yet this piece features subtle eerie echoes, like a surface devoid of life. Edwards uses bells for effect and Gargaud adopts an acoustic tone. The chords are dark and mysterious. There's a gentle feeling— Edwards tapping lightly on the drums with brushes while Gargaud explores growls and bristles at times and then suddenly leaps out. The piece dies off with a soft roar.

Mind bending, mind warping and mind altering, the music of Black Hole Universe has a cyberpunk jazz vibe—like basement music where beings collide like atoms in massive mosh pits. It may be best to approach this music with blinders on, a horse traversing a busy intersection. Else panic might ensue.

Words are not entirely sufficient to describe the intensity of this session. Both Marc and Guillaume make full use of their seemingly near limitless troves of rapid-fire expressions to create some remarkable sounds. Guillaume has a highly electric Speed Metal exhaustiveness to his performances, especially the opening 20-minute salvo. Marc counters with the sort of superdynamic all-over busy free bombardment that rivals and even at times surpasses the recorded dynamos of relentless high-intensity flights with his eloquent Slipstream Time Travel outfit. This is edge-cutting sharp!

The music is best described as Free Avant Metal I suppose you could say. It is some of the best such I have ever heard and as a duet does not let up at any point, though each segment concentrates on a particular spectrum of feels without loss of built-in high kinetic density. Edwards and Gargaud hit record heights and we can only hang on as we hear it!

If you wonder where Free Jazz and Psychedelic Metal might join, here's an excellent example. Kudos! Devastatingly heavy.

Recording with Burton Greene in Netherlands 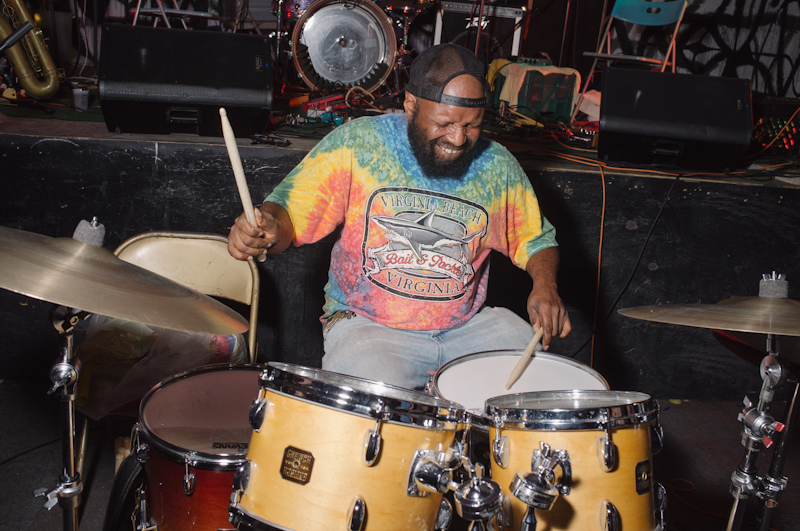 Website Soon a new album. You can see a video extract here

Some photos of my last concerts 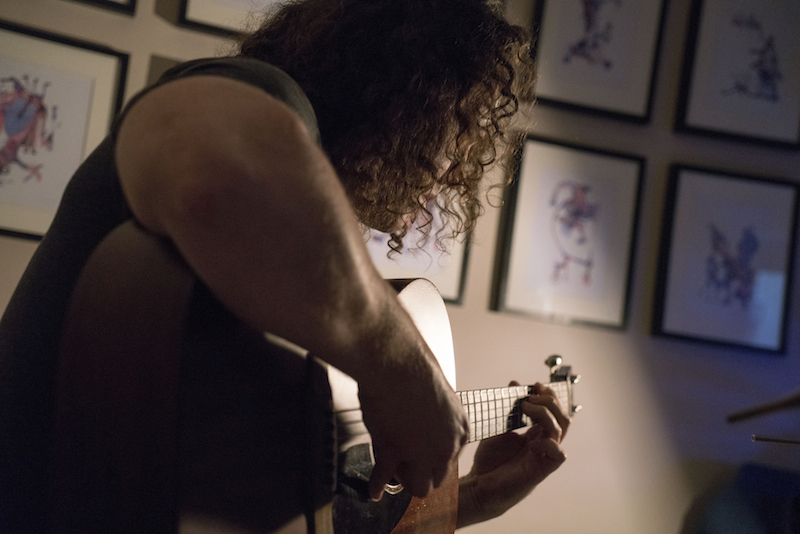 Faith «struggles insanely, if you will, for the possibility» as «without possibility it is as though a person cannot draw breath» (Sören Kierkegaard, The Sickness Unto Death) Such is the  existential struggle: believing despite inevitable loss and despite the impossibility of any help. Believing is what prevents from perishing. Drawing from the themes of faith and belief, the performance Endiosada (literally entrusted by God ) explores freely the points of contact between life devoted to the permanent quest for help and transcendence.

A 42 days journey aboard a container ship results in a filmic diary in which is written, between the departure and the return to Le Havre, the flow of days. In the continuity of the route, the illimited horizon of the Atlantic ocean, stops in Central America and in major ports of the northern range, commercial operations, life on board ... are visual and sound material of the film which materiality is crossed by the music of Guillaume Gargaud who comes as moments of retirement.
Christophe Guérin distribution Light Cone from Paris

It's an composition for the movie of Christophe Guérin. I took my electric guitar to make this seven tracks. The movie was screened at Ciné Salé Festival & Les inattendus Festival

This album has recording with an acoustic guitar "000" It's the result of my last two years of work. It's an improvisation. One shot recording in october 2017 at Le Havre. If you want a CD write me at ggargaud@gmail.com

ZKRAAP is the latest manifestation of improvisational rock and free jazz drumming. The avant-garde free jazz has a small following, however it has made an impression in the music world. Rock musicians are very knowledgeable about other musical genres. Thurston Moore of Sonic Youth, for example, has worked with several free jazz artists. Electric guitarist, Guillaume Gargaud takes this concept even further via his long melodic excursions, while drummer, Speet Silex, is exploring via free jazz drumming. ZKRAAP is a highly combustible duo that grabs the audience and doesn’t let go. They maintain the high energy free jazz approach at length, gradually, returning to the earth to more familiar surroundings. For those that like adventurous music, look no further than this exciting duo.

Album cover made by Speet $ilex.